Danny the Male Nanny ~ An Interview with Daniel from Angeles Mannies 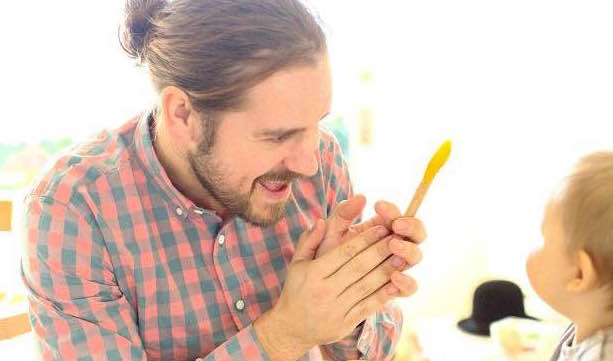 Posted at 21:06h in Super-duper Nannies by Daria Jelcic 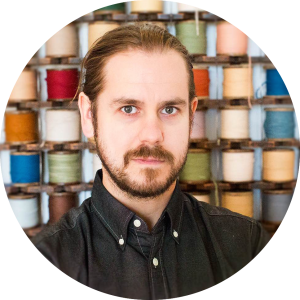 For some time now we have been inundated with happy snaps of children of the rich and famous wandering the streets with their mannies. For those of you who aren’t sure what a manny is—it is a term coined to describe a male nanny. Sure, male nannies are far less common than female nannies—however, it is worth noting that this seems to be changing in more progressive families all around the world with more and more families jumping on board every year.

Today The Nanny Collective sits down with Daniel Butcher, Director and founder of Angeles Mannies to discuss his success with his Los Angeles based Manny business and also to take a look at how and why there is a growing male presence in the childcare industry and what this means for kids’ lives everywhere.

“Men can bring a different dimension to childcare and I think it is
really important that even the youngest children have strong male role models.”
-Michael Kenny, First Male Nanny out of Norland University, UK

Firstly, thank you for taking the time out of your busy day. Tell me about how you came to be a professional childcare worker and nanny?

Becoming a male nanny was more or less the next logical step for me. I’m the eldest of four so babysitting was commonplace in my family. I also cared for neighbors’ children back in England which is where I was born and raised.

I decided to travel to Los Angeles in 2007 and that year I worked at a summer camp as the Go-Kart specialist. It wasn’t long before I was approached by one of the families at camp who asked if I would stay in the states and work as their manny. One job always seemed to lead to the next and I was lucky enough to work with some great families—some of which I’m still in touch with today!

What do you love about working with children and what makes the job so special?

There’s so much about the job that I love. I love walking through the door everyday and having the kids take you by the hand and rush you off, helping a baby take their 1st steps (this happened only last week!) and also having older kids that I no longer work with call to tell me about a football game they won or something else that’s happened in their lives.

Naturally, I like to see the children genuinely happy, but sometimes that’s only scratching the surface. To assist a family in building better people for the world is, to me, the greatest reward.

There seems to be a stigma attached to the idea of male nannies. Why do you think that exists and how do you respond to it?

We as a society hold on to some pretty rigid gender associations. I’m pleased to say that in my lifetime I’m witnessing these things change. I think my business and childcare philosophy are a pretty strong response to that stigma, and I’m a huge fan of men and women everywhere pushing boundaries in efforts to equalise genders in all types of professions.

Why do you think your clients are opting for male care for their children?

Almost all of my clients are referrals. They may have met me at a birthday party or in another situation where we got to chatting. They may have received my information from a friend of or colleague of theirs – for one reason or another they’ve just taken to the idea of giving their kids a male caregiver.

I should also mention as a side note, I may be one of the biggest advocates of mannies, but I have also placed female nannies for families who believe that dynamic to be best for them—it’s all about what’s right for the family! 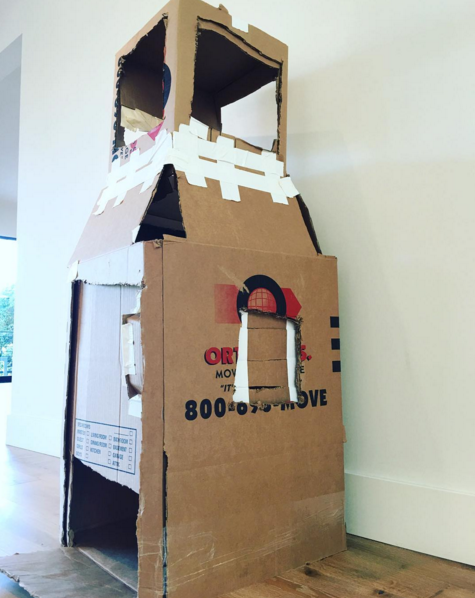 Source: Angeles Mannies Instagram
“A few boxes and tape can transform a child’s world, their imagination can take them anywhere.” ~ Daniel Butcher

How do people respond when you tell them that you’re a manny?

Although eyebrows do still get raised in certain pockets of the community, I feel I have picked the perfect area to build a male nanny business. There is such a change amongst the more affluent areas in particular—people are starting to think more progressively and with passing time people are less and less surprised by my career choice.

Why do you think manny care is on the rise? Does it have anything to do with a lack of male presence in children’s homes?

Mannies in Los Angeles are still heavily outnumbered by nannies, however, as I mentioned, there is definitely a notable change happening. Whether that’s due to the lack of male presence or not, I’m not certain.

What would you say to people who for one reason or another would avoid getting a male carer?

I wouldn’t say a great deal; I would listen to them and hear their concerns. I’ve spoken to lots of parents who have a myriad of concerns about bringing a male into their home—and I can understand where they’re coming from.  In efforts to put all minds at ease during the manny placement process, I build a relationship with each candidate after meeting them in person so that I’m putting forth people that I’m confident in. Of course running a background check also helps. At the end of the day, the risks and rewards of bringing anyone into your home, male or female, are the same in my eyes.

Daniel, as the founder of Angeles Mannies, please tell me how it came to be?

I myself was coming up against a wall with regards to finding work through the local agencies here in LA, there were very few male nanny vacancies coming up. I started to wonder if this was because families did not prefer a male, or if the agencies were not finding the right mannies. After some research and networking, I came to learn that many families were very open to the idea. Soon after, Angeles Mannies was born. Since then it hasn’t been difficult for clients or candidates to find me! 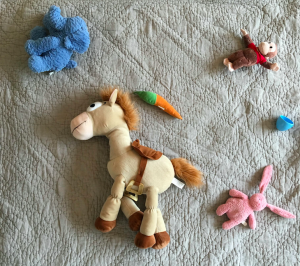 Angeles Mannies Instagram
“Every single educational interaction should be a joy to be a part of!”~ Daniel Butcher

Where do you see Angeles Mannies and the manny industry in general in 5 years from now?

At the moment, we are serving the LA area. In 5 years time, I’d like to have outposts in other major cities across the country, and to see the term “Manny” gain more traction in the childcare community!
Thank you so much for your time today Daniel. Best of luck with Angeles Mannies!

So there you have it folks—the times are a changin’!

I think it’s great to see more of a male presence in children’s lives. As a teacher and childcare professional I truly see the value male caregivers can add. Well done to all the leaders in this movement for change in the childcare industry.

Now to our readers—what are your thoughts? Have you ever had used a male nanny? We’d love to hear about your experiences!