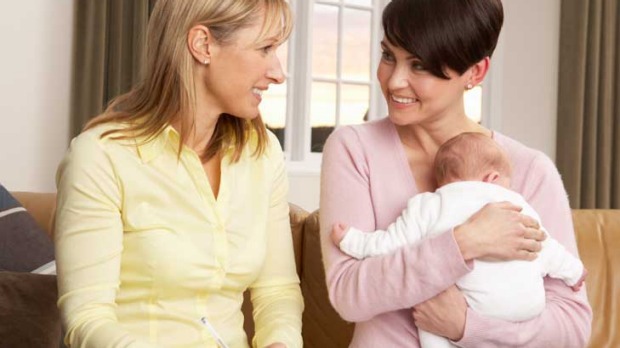 Posted at 08:19h in Parenting by Daria Jelcic

Postnatal depression (PND) is a condition which effects one in seven new mums, and one in ten new dads in Australia. It is not a new thing, it has been affecting men and women for many generations, it has just always had different names. For example, in the past, a woman might have had a ‘nervous breakdown’ instead.

It is important to recognise and treat PND as it can affect not only the mother (or father), but everyone in the family. In many cases, PND will continue to get worse without treatment. It is especially beneficial to have it treated before a woman gets pregnant again.

Depression is commonly episodic which means it comes and goes, and it is partially because of this that people sometimes don’t realise they have an ongoing problem that needs fixing.

PND is different for each person, with different or varying degrees of symptoms, which is another reason it can be hard to detect at first. The Perinatal Anxiety and Depression Australia website (PANDA), lists the symptoms you should be on watch for:

There are several ways you can get help if you are experiencing any of these thoughts or feelings. You can speak to a counsellor or therapist or use medication. You should also implement some self-care techniques early on to reduce your chances of experiencing PND.

Taking time out for yourself

Although one in seven women will suffer from PND, studies show that as many as one in three will experience significant depressive symptoms within the first five years after giving birth. As PND is usually diagnosed as depression within the first year after giving birth, or two years at a stretch, it is interesting to see studies emerging that show signs of depression may come later than expected.

In a recent study conducted by Hannah Woolhouse and Stephanie Brown, it was discovered that women who had ‘time out’ from their babies at least once a week in the first six months had a significant decrease in depressive symptoms within the postnatal period. Women who had no help at all, and therefore no time alone, were three times more likely to experience depression in the postnatal period.

Writing for Women’s Agenda, the authors of the study said they initially thought the relationship of the ‘time out’ and depression could be explained due to other factors such as emotional support or relationship status. However, even after taking these factors into account, taking time for self ‘significantly predicted’ maternal depression.

The activities that the 1,500 women in the report were doing when they took time out included: going out with their partner, going to the hairdresser, taking a long bath, watching TV or even supermarket shopping. The last one may not sound like an exciting way to take time out, but anyone who has attempted the weekly grocery shop with the kids in tow will understand what a relief it can be to do this task on your own. Woolhouse and Brown said it’s not as much about the activity as it is about having time away from the baby.

“We suspect that what women actually do when they have time for themselves may not matter so much as that someone else looks after the baby for a while – meaning that women get a break from that responsibility.” They said.

The old adage ‘it takes a village to raise a child’ does not seem to apply in modern times. Sure we have our online village, support groups to ask questions and discuss concerns, but where are the village when we need to take five minutes for ourselves? Some women simply don’t have family around, or their family is unable to help for a variety of reasons. This is where they need to think about their own needs and consider hiring a nanny or babysitter. If a nanny is out of budget for you, there are options such as using nanny share with a friend or another person in the same situation. The overall effect of the time out for mumma will make a huge difference for the entire family.