Mother’s helper – why every home should have one! 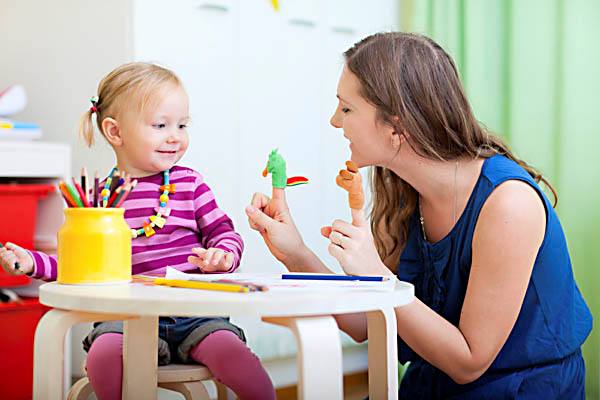 17 Aug Mother’s helper – why every home should have one!

Posted at 06:27h in Mothers Helper by Daria Jelcic

When Ava was 7 months old, her Mum Jane confided to her best friend that she wasn’t really ‘enjoying’ full time motherhood. Despite having taken a year of parental leave, Jane was keen to get back to work.

In hushed tones over a cup of coffee, Jane made her ‘confession’. She felt tremendously guilty like all mothers tend to. After all, women put a lot of pressure on themselves, especially when it comes to parenting. And to admit that it’s not what you thought it would be, comes coupled with a fear that you’ll be judged by others who have the ‘expectation’ that you should be at home with your baby, and you’re a neglectful parent if you aren’t.

But everyone’s different, and Jane, an outgoing architect, really missed interaction with her work mates and clients as well as the chance to stretch her brain creating home designs. After discussing it with her husband, Neil, they decided that she should initially to return to work two days per week.

“I wanted routine and structure,” explains Jane. “The kind that you don’t necessarily have with a 7-month old, and I missed my colleagues and making a contribution to the household financially.”

The couple looked at several day care centres but eventually settled on recruiting a Mother’s helper – primarily because they felt Ava was still very young and would really benefit from one-on-one care.

“I wanted to know that when Neil or I weren’t there Ava had someone absolutely devoted to her needs,” she says.

“Plus. I’ve got some working Mum friends whose children are at day care and when the kids get sick and can’t attend, the whole family situation turns to chaos as they scramble to find alternative arrangements. I realised that with a nanny, even if Ava became unwell, we could still function smoothly. As a bonus – Neil and I get the chance to meet up after work one night a week and spend an hour or two together before we go home. ‘Date night’ gives us time to talk and just enjoy each other’s company.”

Working Mothers – What does the research say?

While there has been a lot of debate about the impact of working mothers on children, a report, authored by a trio of Harvard Business School researchers in 2015 after examining the lives of 50,000 families in 25 countries found that ‘daughters of working mothers completed more years of education, were more likely to be employed and in supervisory roles and earned higher incomes. The careers of sons were unaffected.’

Babies do so much learning and growing in the first 12 months of life that it’s important someone is keeping a watchful eye to make sure that they’re meeting developmental milestones and raise concerns if not. Babies also need to feel safe and need a high degree of certainty in this very early phase of life. The other benefit of a nanny is that she/he will form a bond with the child – which helps develop trust and a sense of security.

However, generally at ages two and three children are more robust and inquisitive, ready to go out and explore the world, and they actually start to thrive on interaction with other children, adults and experiences. This stimulation is important for their wellbeing.

Help when you need it.

Sarah, a Mum of two children under two, has life circumstances that are very different from those of Jane, but she also added a Mother’s helper to the family.

“With my two children just 13 months apart in age, even though I am a full-time stay at home Mum I found that with two babies, I had absolutely no time for myself! My husband works long hours and travels a lot, and our parents are not close by. I was not getting enough sleep and I was feeling the pressure of adjusting to two babies – perhaps I was even bordering on post-natal depression, which affects so many women and goes undiagnosed and treated. My husband and I ended up agreeing to get a Mother’s helper for several hours each week.

“This gives me the opportunity to get to the physiotherapist and deal with a few niggling back issues I’ve had since my second pregnancy. I can go to the dentist, the hairdresser or I can just go and have a coffee or get some exercise without worrying about the children!

“I did feel guilty at first, and concerned about the added household expense. It really felt like a luxury to get a Mother’s helper, but she has been the best thing that’s ever happened to us, and the children adore her. She has songs and games and a whole bag of ideas that entertain them. Now I realise we can’t not afford to have her!

When I am able to have some time out, I come home more refreshed and energetic … and I know the kids are really happy when I’m not there. Self-care is so important when you’re a mother but many of us don’t make it a priority and we end up stressed and exhausted.  I don’t regret having a nanny for a few hours each week – plus, the nanny knows about kids – she has training and experience and it’s great to talk over behavioural issues, sleep problems, and other things of concern that come up.”

If you’re looking for a Mother’s helper, contact us.