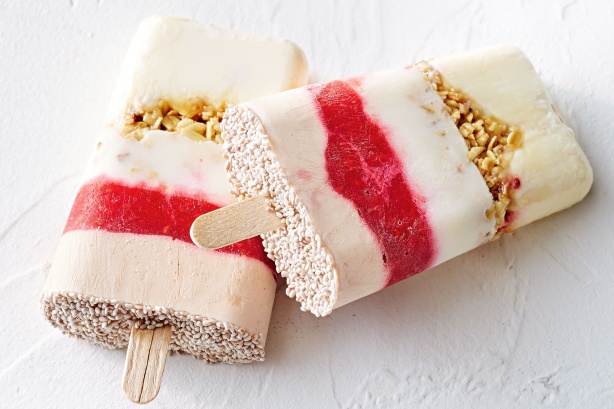 Posted at 23:52h in Radical Recipes by Daria Jelcic

Need an idea for a kids snack that isn’t loaded with artificial sweeteners? Try this recipe from taste.com.au

Step 1- Divide the Greek yoghurt evenly among eight 100ml popsicle moulds. Tap the moulds on the bench to level. Top with the granola and place a wooden ice-block stick in the centre of each mould.

Step 3- Divide the cacao yoghurt among the moulds and tap on the bench to level. Sprinkle with chia seeds and place in the freezer for 8 hours or overnight until completely frozen.

For this recipe and more see www.taste.com.au